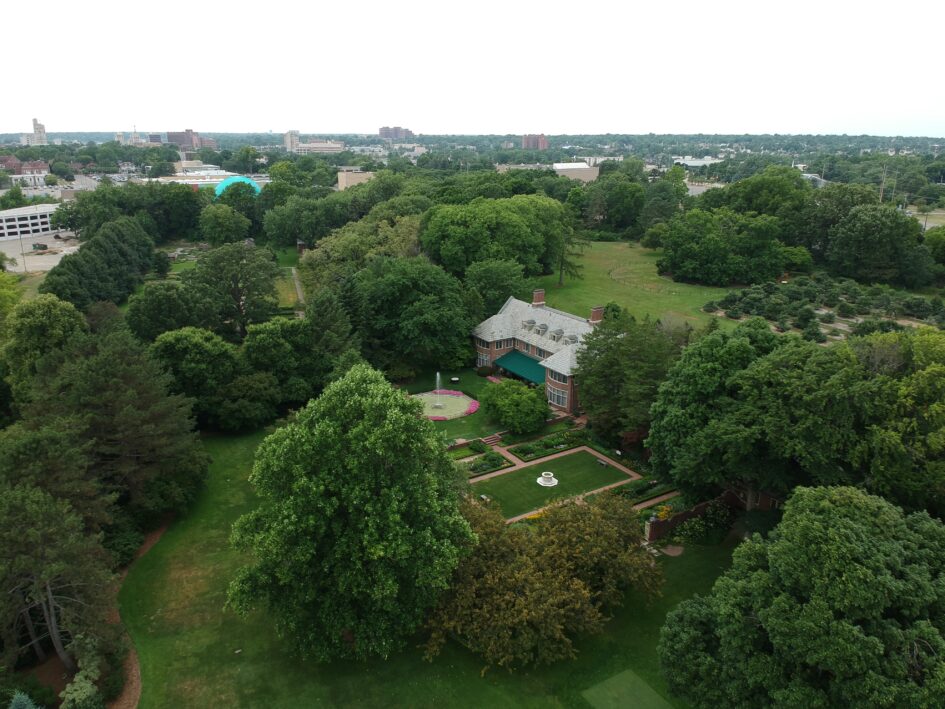 Charles Stewart Mott, a founding partner in General Motors, prominent philanthropist, and former mayor of Flint, had his home built in Flint in 1916. It was designed in a modified Jacobean style by a cooperative effort between his brother-in-law Herbert Davis and Landscape Architect William Pitken, Jr. This gentleman’s farm was named ‘Applewood Estate’ in part due to the estate’s apple orchard that is still thriving today. The pasture land was donated in 1951 to expand the Mott Community College campus.

This program is sponsored by the Greater Flint Arts Council Share Art Genesee Grant Program made possible by the Genesee County Arts Education and Cultural Enrichment Millage funds. Your tax dollars are at work!